THE TIME IS NOW.

Today, the trailer for Frozer came out (check it out here if you haven’t seen it, heard of it, or care). I was pretty indifferent. Other than Ladybug getting a set of new powers, there was nothing to look forward to. Same villain of the week deal, as always.

That is, until my friend took one look at a screenshot from the trailer, and her face dropped in utter shock.

Me: What? What’s happening?

I had a fan-girl panic attack right there, right then. I could barely breathe as the full weight of the implications came.

KAGAMI WAS TOUCHING ADRIEN’S CHEEK. AND HE WAS LETTING HER.

My friend nodded frantically at me as she and I freaked out in unison. I had chills everywhere, and the other kids were staring at us as we tried to cover our screams.

Then she had to go show me this part of the trailer: 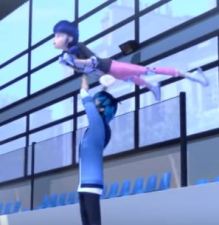 That’s when I sprung up and ran around the room like a maniac before climbing back into my chair from behind, meeting the stares of everyone, including my teacher.

I didn’t even have the energy to be embarrassed.

…I have actual chills right now.

We spent a good ten minutes trying to not hyperventilate. Then we saw this: 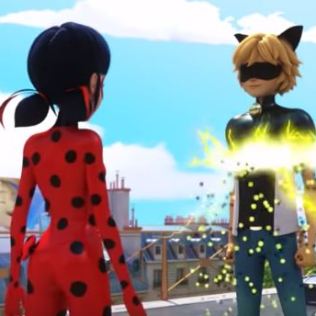 And that was that. There was no getting over that. My friend has video evidence of me rolling on the classroom floor in total shock and disbelief.

AFTER 4 YEARS OF WAITING–

I should have seen it coming. Of course Adrien would reveal his secret first. He’s always wanted to know Ladybug’s identity more than Marinette wanted to know his. Plus, maybe he thinks revealing himself as a super hot teenage model will make Ladybug like him. Or maybe he’s just tired of secrets. He’s always hated secrets.

My question is: MARINETTE, ARE YOU OKAY???

I’m mostly concerned because based on the above (much-supported-by-me) ships, it looks like Ladybug may have run away and Adrien turned to Kagami for comfort.

Or it’s a dream, and this was another (incredibly cruel and malicious) fake-out by the creators.

Honestly, it’s a win-win for me either way. It’s not a dream: Identity reveals! With extra shipping.

It’s a dream: HEYYYYY KAGAMI AND ADRIEN LIKE EACH OTHER AND I AM TOTALLY COOL WITH THAT.

This has just been me this entire week with new trailers for Wreck-It-Ralph, Mary Poppins Returns, Captain Marvel, and now this Miraculous Ladybug trailer:

One thought on “Miraculous Ladybug: THE REVEAL (OR MAYBE ANOTHER FAKE-OUT, BUT LET’S HOPE NOT)”