I tend to think I’m pretty open minded. Sure, I declaim any interest my brother has in mumble rap or basic trap beats. I cringe at overblown gospel vocals and you’d never catch me listening to country that didn’t involve Carrie Underwood killing her ex.

But still, I don’t insult people who listen to those genres. Everyone has different taste and as a good human, it’s good to be sensitive to others’ preferences.

I personally like listening to pop music. Occasionally, I’ll indulge in classical, vocaloid, and I do love a handful of musicals, but nothing makes me happier than an instantly catchy song that I can belt for my entire household to bear through.

What classifies as pop has been up in the air for a while. For example, everyone knows what Katy Perry does is pop music. But what about 21 Pilots? Are they pop? Or are they alternative? Or, with Joseph’s penchant for screaming, maybe even rock?

Either way, their songs slap and that’s all I need. You may need to categorize them for the purpose of award shows, but you’re always bound to make someone mad that you placed them in this section and not that section.

Another group in a similar set of circumstances is AJR, the band that made that one song “Weak”. I hear people hate it because it was overplayed on the radios, but around the time it was released, Avicii was the only artist on my mind. I utterly missed the hype train and for that, I will always be thankful.

I always come back to this AMV for two reasons. One, the editing of the video and its implementation with the lyrics of the song make for such a compelling argument in favor of Bakugou. Before this AMV, I considered him practically irredeemable, as you would of someone who told his childhood friend to kill himself. But after watching this, I could see his true nature and how his flaws made him an incredibly intrinsic character. It converted me into a fan of his. I’d even go as far as to say he’s my favorite character now (sorry Kiri, sorry Yuuga).

Second, the song. The song was really good. I’d heard it before, but it was the first time I’d really sat down and came to the conclusion that I liked it. The lyrics were oddly engrossing, the bass was strong, and the vocal enhancements and tricks were new and exciting. Thus began my journey to becoming a fan of AJR.

For months, it was amazing. I’d listen to their whole discography while I drew art. Some of their songs were silly (100 Bad Days), on the nose (Birthday Party), and heartfelt (Netflix Trip). They all told a story of this guy who just wanted to follow his dreams, do his best, and hoped he doing everything right. It was an experience listening to their music. And to top it all off, their songs were undeniably catchy. Who cared if Ryan didn’t want to go to that dinner party? That synth overlay on the voices of the party people was incredible.

All in all, it was a good time. I didn’t think much of the meaning of the song. I just knew that they were relatable and I had never really felt that way about any other group. 21 Pilots were in my memory, but 21 Pilots were scarier and darker. These guys could be my male high school friends 3 years from now. That was comforting. It was good.

(The original video was made private, but this one has similar sentiments).

I originally heard about ARTV while stalking the AJR reddit for lyric interpretations. The users were commenting about how they couldn’t stand him and how he thought his opinions on AJR were the law.

So naturally, I decided to check this clown out.

I came in completely resolved to laugh at every criticism he made about AJR and came out actually devastated. Well, maybe that’s an exaggeration. At the least, I wasn’t laughing and AJR’s shine had dulled just a little.

See, the point of his video was that he couldn’t stand AJR. He thought they were pretentious and too mainstream to be labeled as alternative.

Which is, okay fine. You don’t like that they sing about how they want to have a kid named Winter and how they’re strong in spite of being weak and all that good stuff. They’re not “deep”. They’re just a bunch of guys who bank on teenage girls thinking they’re special.

I am a teenage girl. I think they are special. Is there something wrong with me?

And apparently, yes! According to him, it’s a sin to tell people your favorite bands are 21 Pilots, Fallout Boys, and AJR. That goes doubly if you’re between the ages of 12 and 16.

You’re a tasteless, artificial product of the music industry if you dare claim that you’re unique for liking these fake alternative rock wannabes. And hey, even if you’re not a teenage girl, your taste is still pitiful.

And that begs the question: why?

I was never a Directioner but once that band became popular with teenage girls, any of their musical prowess was discredited. You were the scum of the earth if you liked “Drag Me Down” and the way Harry’s hair floated in the wind as he belted out his lyrics. Similarly, you don’t get an opinion if your profile picture is of a Korean man and your status says “stan (insert k-pop group)”. In fact, appreciating anyone at all who’s managed to make it big and win the hearts of millions of fangirls is an automatic disqualification from being taken seriously.

So girls, annoyed, go “aight, I’m not a fan of pop anyhow, let me listen to this new artist”. They get into other groups. They get into alternative music. They avoid pop at all costs and acidly shun others who continue to stream “DNA”.

They’ve finally done it. They’re not like the other girls.

Ah, but see, the problem is that millions of other girls had the exact same idea. They were also tired of being called shallow for having the interests they did. They flocked to the same alternative groups.

Now these girls, who were able to label themselves different, are all the same. And they are ridiculed for it. It’s like how all screaming middle-aged women were grouped as “Karens”. Laughing at teenage girls who insinuated they were anything remarkable for breaking the mold of musical expectations set by adults who had nothing better to do with their time than to contemplate how foolish teenage girls were for buying into the corporate machine.

Meanwhile, the groups they ran to to assure themselves they weren’t superficial airheads are now almost as popular as the big bubble gum pop groups they abandoned. They’re making money, more than they have any right making as a small alternative group.

Their music is now trash.

They’ve now entered the mainstream and since they make their money from teenage girls, they count for that much less.

Anyway, back to AJR. After watching the video, I felt bad. Not for them, but for myself. I had ruined my own enjoyment of their songs. Now, whenever I heard “pretend you know this song, everybody”, I’d think about what that jerk said about them pretending to be deep and my mind would become its own echo chamber, repeating that thought over and over again until I almost started to believe it.

It did occur to me I was giving this one rando on the internet way too much of my consideration. I suppose I was more stung by the fact people in the comments had actually agreed with him and excitedly expressed their hatred for AJR. Anyone who tried to come to the band’s defense had fans of ARTV telling them to shove off.

I didn’t recognize a few of the songs, but that’s not the point. The ending, where the narrator sings “welcome to the neotheater” hit different. Someone in the comments explained that “the neotheater” was a stage that made everything seem bigger than it actually was.

And I realized that’s exactly what ARTV’s video was. A neotheater. It wasn’t all that I was making it out to be.

Of course, that doesn’t delete the problem that adults won’t let teenage girls like what they like in peace, but…I like AJR. And I like BTS. And I occasionally listen to old One Direction songs.

And there’s nothing wrong with that.

11 thoughts on “Why Do People Hate AJR?”

Snazzy Images To Catch Your Attention 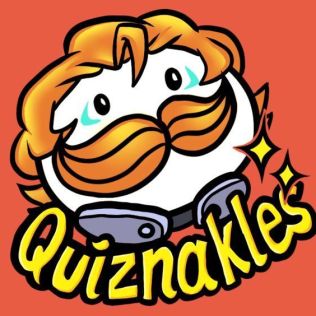 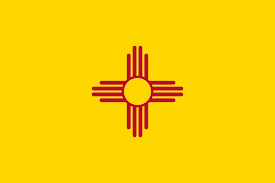 I’m a person with an open but critical approach to life, who’ll slap you with a rubber chicken then take you skiing to apologize. Hey, thanks for scrolling this far, you rock, netizen!